mc1075-Cortijo only 1km from Garrucha.

This cortijo is less than 1km from the popular resort of Garrucha, famous for it´s Red Garrucha Prawns which are landed in the large port/marina.
Traditionally built asa one large room with a separate shower room and small kitchen. At one end is a feature open fire place. Outside there is a large terrace.
Built on a plot of over 16,500m2 with is rectangular in shape and is fully fenced and walled with large wrought iron drive gates. There are many variations of fruit trees. The cortijo is built on a large concrete base of over 150m2 allowing for future expansion.
There is a large underground water deposit.
At the back of the plot is a garage/workshop that could be used as extra accommodation.
Although structurally sound it will need renovation.

ml957-Large cortijo within a village to reform.

An opportunity to buy an 89 year old cortijo… More Details

mc1065-Villa in need of finishing. 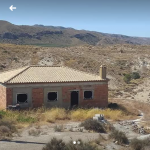 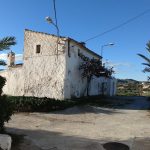